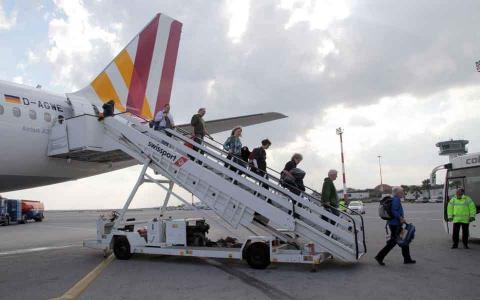 Greece appears to have recorded an all-time high in passenger traffic at its airports last year, reflecting the growth of Greek tourism and particularly the evolution of Athens as a major destination in its own right.

In the 12 months of 2018 Athens International Airport reported an 11 percent annual rise in passengers to 24.14 million, while the 14 regional airports managed by Fraport Greece - including Thessaloniki's - posted an 8.9 percent increase to 29.87 million passengers.

If one adds the country's other airports, such as those at Iraklio and Kalamata that are under state management, the total figure of passenger traffic in Greek airports last year may have exceeded 62 million.

The numbers point to what may be a record year in tourism in 2018, but sector experts warn that such an increase will be hard to sustain in the following years, given the difficulty...