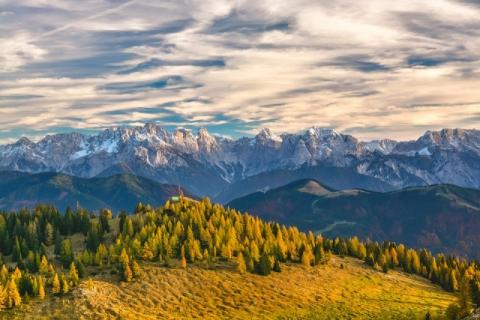 Two new protected areas in Rila will be established after the government has decided to do so.

The zones are located on the periphery of Rila National Park. The Rila Buffer Protected Area is about 380 km2 under the Birds Directive and the Low Rila Protected Zone is about 370 km2 and is under the Habitats Directive. The two areas overlap as territory.

The decision is a result of a 12-year struggle of the Bulgarian society for the protection of the forests and rivers of Rila, the Coalition "For Nature to Stay in Bulgaria" said.

Already in 2007 Bulgarian Society for the Protection of Birds filed a signal for a failure of the network of protected areas for birds due to the failure to declare 26 ornithologically important sites for Natura 2000 protected areas.

"With the announcement of the zones, a big step forward is being made to preserve Rila Mountain, its forests and a unique animal world," said Coalition "To remain the nature in Bulgaria".

With the Rila-Buffer zone, 100% of the ornithologically important sites in Bulgaria are included in Natura 2000.

Head of State Rumen Radev: I Hope that if Bulgaria and Russia Show Political Will, Mutually-Beneficial Prices and Conditions for Natural Gas Supply Will be Achieved

Just for a Day: 805 Fines for Cars without E-Vignettes

Head of State Rumen Radev: I Hope that if Bulgaria and Russia Show Political Will, Mutually-Beneficial Prices and Conditions for Natural Gas Supply Will be Achieved