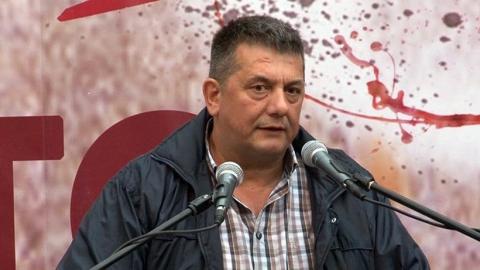 Montenegrin website editor Gojko Raicevic was released on Wednesday after being summoned for a police interview for publishing recordings of the telephone conversations of a former ambassador to Russia, Milan Rocen.

He had already said he would not cooperate with law enfforcement agencies on the grounds that they were criminal bodies.

"I will not respond to the invitation of criminal organizations that are portrayed as Montenegrin police and prosecutors," Raicevic said in an open letter ahead of his arrest.

He based his accusation on the fact "the police and the prosecutor's office … for almost four years have not been identified the police officers who attacked me doing a journalistic job".

Members of the Special Police Unit, SAJ, attacked Raicevic during a violent crackdown on opposition demonstrations on October 17, 2015, when two MPs and three journalists were also arrested.

Raicevic said police officers had summoned him for an interview in Podgorica Security Center but he had declined to goHis website published recordings of former ambassdor Rocen's telephone calls from 2005, when he was the ambassador in Russia for the then joint state of Serbia and Montenegro.

The portal published his conversations with Montenegrin President Milo Djukanovic and his wife Lidija, the owner of the Rusal Company Oleg Deripaska, former Mayor of Podgorica Miomir Mugosa and Vuk Jeremic, who was in then adviser to Serbian President Boris Tadic.

The daily Vijesti also published a recording of a telephone conversation in which Rocen had insulted...