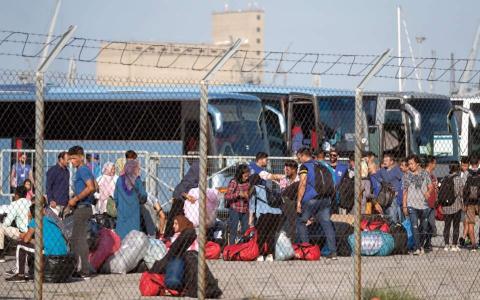 The significant increase in the arrival of refugees and migrants recorded on Greece's Aegean islands over the past few weeks is cause for concern as it indicates that Turkey is seeking to exploit the issue in order to remind the European Union of Ankara's critical role in containing inflows.
It is also a way for it to put pressure on Greece. Naturally, Turkey is making sure that the numbers do not become so excessive as to cross certain red lines.
This is not the only reason for the spike in arrivals, as Turkey also has a domestic interest in reducing the number of Syrian refugees it is hosting, either by returning them to "safe" zones in Syria or by pushing them toward us.

Furthermore, the clashes at Idlib in northwestern Syria are contributing to the rise in the number of refugees leaving the country, while there is also concern about Islamic extremists trying to...

Migrants arrive on Lesvos amid escalation in Syria