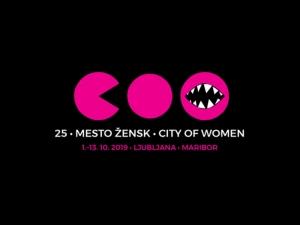 The exhibition launch will be held at Alkatraz Gallery in the Metelkova Mesto alternative arts centre, with the display focusing on creative endeavours of female film makers and video artists in Slovenia.

The feminist festival, running until 13 October, will be held under the slogan #HerStory, a pun referring to female, often forgotten or erased, history as well as female stories.

The events will take place at 18 venues and will include 160 participants, said the festival's programme director Teja Reba at today's press conference, highlighting that this year the festival will spread to Maribor and Zagreb as well.

"We're not talking about a special part of history which would only apply to women, but about a part of general history which is missing since mostly men's events were valued in the past," said Reba.

According to her, the time has come for ...

Student in school sit-in seriously injured after falling off roof
ForMin Aurescu: Pandemic crisis can be only overcome through international solidarity