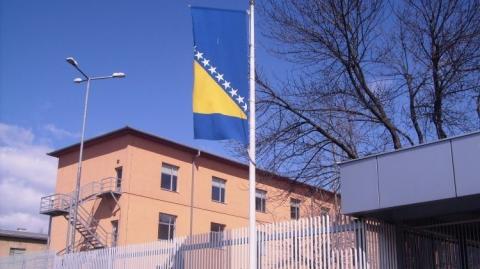 The strategy also says that the state prosecution "should file a proposal to transfer a case at the earliest possible stage of the criminal proceedings".

Tarik Crnkic is the prosecutor in the case against Milenko Gojgolovic, which was transferred from the state level this year to the District Court in Eastern Sarajevo, where Gojgolovic is now on trial for the rape and inhumane treatment of a civilian.

Crnkic said that all cases should be transferred in the investigation phase, "as it is much simpler to handle cases in which you have been involved since the beginning of the investigation".

"By collecting evidence from the beginning and performing supervision of the evidence collection, you get a full picture of the criminal case in question, which certainly results in a better evaluation of evidence and facts when making a prosecutorial decision," he explained.

However, transferring cases which have already been investigated by the state prosecution means that prosecutors have wasted valuable time that could have been devoted to other cases.

Federal prosecutor Munib Halilovic, who used to work with the state prosecution and is now a member of the supervisory board for the implementation of the national war crimes strategy, said that the negative consequences of the state prosecution's practice of filing indictments in cases that should be referred to the entity level have been reduced by "the positive steps taken by the Court of Bosnia and Herzegovina, which now refers [some] unconfirmed indictments to entity courts".

Cases should have been finished 'a long time ago'