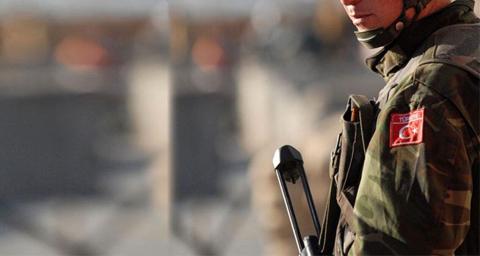 No one will send to Libya any additional advisors or troops or mercenaries or other personnel as long as the truce is observed, Foreign Minister Mevlüt Çavuşoğlu said on Jan. 23.

The issue of sanctions will not be raised under the same condition, the minister said in an interview with Russia's RIA News Agency.

"We all agreed that as long as the truce, cease-fire is respected, nobody will send any additional advisors or troops or mercenaries from any neighboring countries and no more additional personnel; everybody is committed to that," the minister said, reminding that the UN Security Council Resolution 2259 addresses the issue of sanctions.

He also stressed that the same resolution recognizes the UN-recognized Libyan Government of National Accord (GNA) as the only legitimate government and called on the armed groups to respect it.

The minister said the efforts, aiming to resolve Libyan crisis peacefully, will continue, and that he expects Germany, as organizer of the next meeting to be held in Berlin, to announce the date of gathering in the near future.

"I think [the next meeting on the Libyan settlement will take place] in the first week of February. But we have to get this date from Germans, from [Foreign Minister] Heiko Maas. I think he's coordinating this with other ministers who want to participate. We have already supported this idea to have a follow-up meeting," Çavuşoğlu said.

The minister added that east-Libya based commander Khalifa Haftar has not still named his representatives for the military committee, establishing for the Libyan warring sides to discuss the questions of the cease-fire and mark the contact line.

"Haftar for a long time didn't nominate his names. Sarraj did from the beginning. This...