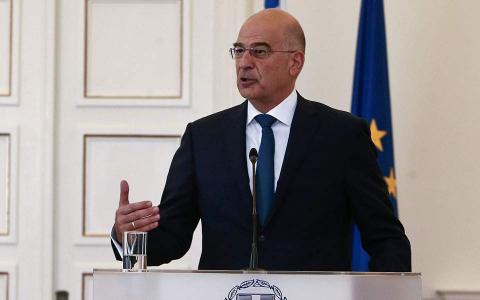 Foreign Minister Nikos Dendias says Greece is not trying to drum up opposition against Turkey but rather support for what is reasonable and would enable more cooperation in the Mediterranean.

In comments to Thema radio on Monday ahead of planned trips to Rome on Tuesday and Malta on Wednesday as part of efforts to state Greece's position to regional players vis-a-vis Turkey's recent moves in the Eastern Mediterranean and Aegean, Dendias said that the diplomatic campaign is not about creating an "anti-Turkish front, but a front for reason."

Denidas is also planning a trip to Algeria and talks with representatives from Indonesia and Vietnam to wrap up efforts to reach out to members of the UN Security Council.

"We want the countries that have a say on and involvement in regional issues to have complete awareness of the Greek positions and understand that we...

WHO warns of global shortage of medical equipment to fight coronavirus