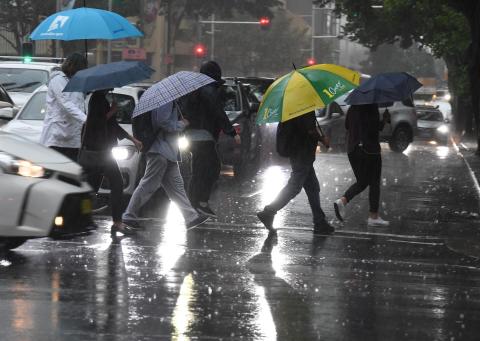 The downpour came with its own risks - officials warned of flash floods and landslides across New South Wales (NSW), Australia's most populous state - but was generally greeted jubilantly after months of devastating bushfires.

"It is breaking the back of this fire season, no doubt," Fitzsimmons said. "The rain is good for business and farms as well as being really good for quenching some of these fires we've been dealing with for many, many months."

The deluge had the effect of calming the number of active fires in NSW by 20 in a single day, a success rate that NSW RFS said it was "over the moon" about.

Around 11.7 million hectares of Australian wilderness have been razed by a series of huge wildfires since September that have also killed 33 people and more than a billion animals and destroyed thousands of homes. The horrific extended bushfire season has followed a three-year drought across the country.

The heavy rainfall across NSW and Victoria state on Feb. 7 was something of a welcome surprise after the...