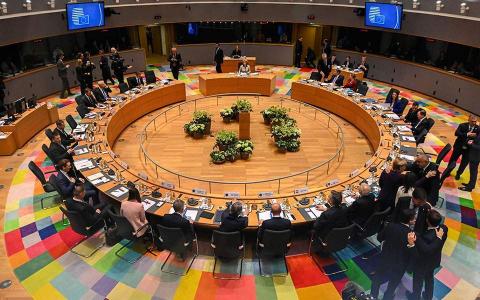 EU leaders made no headway on Thursday in fractious talks on a joint 2021-27 budget that was left with a 75 billion-euro (62.9 billion pounds) hole after Britain's departure at a time when they face costly new challenges from climate change to migration.

The joint budget is the most tangible expression of the European Union's priorities over the next seven years - and its member states' willingness to stump up cash for them - but divisions were evident even before the talks began in Brussels.

The 27-member bloc wants to spend more on climate, migration, digitalization and security but richer net contributors to the budget refuse to pay more, and beneficiaries want to retain the support they receive for farming and development.

Britain, which left the EU last month, was the second-biggest net contributor to the budget after Germany.