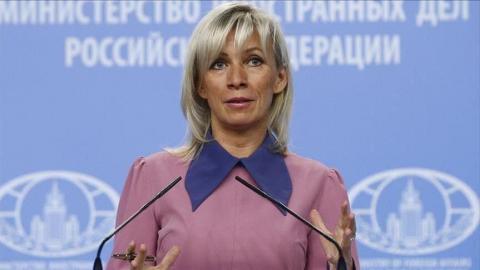 Russia on May 8 marked Turkey's efforts in Syria's Idlib province with an aim to free the key M4 highway from radical groups.

Speaking at a video conference in Moscow, Foreign Ministry spokeswoman Maria Zakharova said the sustainable stabilization in the area is only possible after separating militants from terrorists.

"In Idlib, the Russian and Turkish military continue working to implement the Additional Protocol of March 5, with an emphasis on unblocking the M4 highway and creating a "security corridor" along with it.

"We mark Ankara's efforts to counter the provocations of radicals in their attempts to destabilize the situation in the de-escalation zone," she said.

In March, Ankara and Moscow agreed to cease all military actions along the line of contact in the Idlib de-escalation area.

The joint Russian-Turkish patrols along the M4 are part of the deal reached after the martyrdom of 34 Turkish soldiers in Syria.