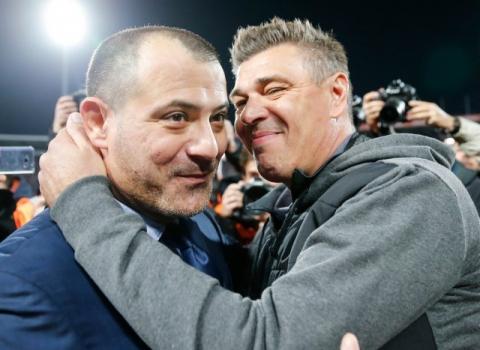 It was decided by draw that Cukaricki - Vojvodina will meet on Banovo brdo and Partizan - Crvena zvezda should play at the stadium in Humska.
There were no goals in the last "eternal" derby on March 1, while Partizan celebrated in the previous two, including the final of last season's Cup at "Rajko Mitic", final score being 1: 0.
The matches are scheduled for June 10, and the final is on June 24.
Partizan is defending a trophy.
Winners of the National Cup (SFRY, FRY, Serbia-Montenegro, Serbia):
Red Star 24 titles
Partizan 16 titles
OFK Belgrade 4 titles
Smederevo 1 title
Zeleznik 1 title
Jagodina 1 title
Vojvodina 1 title
Cukaricki 1 title