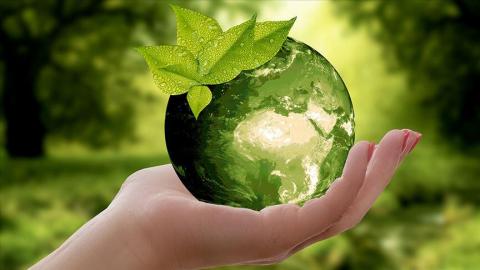 "We are taking firm steps toward our 2023 goals in line with the Zero Waste Project," Kurum said on March 5 in a Twitter post by sharing an infographic of data showing the progress they have made through the project so far.

According to the minister, the amount of energy savings has been 315 million kilowatts per hour, and some 209 million trees have been saved so far with the help of the project.

"We have saved 345 million cubic meters of water, 54 million barrels of oil and 397 million tons of raw material," Kurum said.

Noting that the percent of recycled content has jumped from 13 percent to 19 percent in a short time, Kurum said, "The goal for 2023 is to increase it to 35 percent."

The ministry started the Zero Waste project in 2017 under the auspices of the first lady.

Since then, the country has organized several international zero waste summits, encouraging public institutions and municipalities to adapt to zero waste policies.

"Protecting the environment is not a choice; it is a necessity," the first lady said in an introductory meeting of the project in 2019.