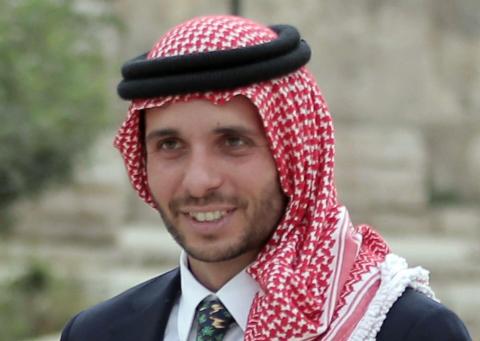 Jordan's official media warned on April 4 that security and stability are a "red line", a day after several senior figures were detained and a half-brother of King Abdullah II said he was put under house arrest.

Videos posted online showed a heavy police deployment in the Dabouq area near the royal palaces on the edge of Amman, while former crown prince Hamzah bin Hussein said he was confined to his home.

In a video the BBC said it obtained from his lawyer, Prince Hamzah said several of his friends had been arrested, his security detail removed and his internet and phone lines cut.

Prince Hamzah denied being part of "any conspiracy or nefarious organization", but said the Hashemite kingdom had "become stymied in corruption, in nepotism, and in misrule" and that nobody was allowed to criticize the authorities.

The official newspaper Al-Rai on April 4 warned that Jordan's "security and stability" were a "red line that must not be crossed or even approached", and said an official statement on the events was expected later in the morning.

The pair were detained for "security reasons", Petra said, quoting a security source.
Hamzah is the eldest son of late King Hussein and his American wife Queen Noor. He has good relations officially with Abdullah, his half-brother, and is a popular figure close to tribal leaders.

Abdullah had appointed Hamzah crown prince in 1999 in line with Hussein's dying wishes, but in 2004 stripped him of the title and gave it to his own eldest son Hussein.

Dendias meets with foreign dignitaries ahead of forum