Sacked Slovenian Whistleblower Wants to Help Others Speak Out 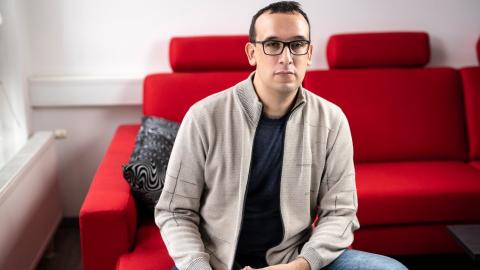 "When retaliation begins in the form of discrediting, verbal attacks, physical threats or violence, harassment, pressure at work, job loss, cyber-bullying, slander… it is extremely difficult to combat all that," he said. "The opponent is almost always financially stronger and better organised."

Slovenian Minister of Economic Development and Technology Zdravko Pocivalsek, during the reception of the first batch of a seven-ton shipment of personal protection equipment from China. Photo: EPA-EFE/IGOR KUPLJENIK.

Jansa returned as prime minister for a third time in mid-March 2020, just as COVID-19 reared its head in Slovenia.

The following month, Gale appeared on the public broadcaster Radio-Television Slovenia to lift the lid on what he said was an "opaque system" of public procurement in which bidders to supply much sought after PPE and other medical equipment in the fight against COVID-19 were not treated equally.

Gale in particular accused Economy Minister Zdravko Pocivalsek, leader of the Modern Centre Party, one of Jansa's coalition partners, of personally intervening in favour of a company called GenEplanet which was bidding for an eight-million-euro contract to supply respirators.

Pocivalsek denied any wrongdoing and remains in his post. He conceded that things might have been handled better, but said the crisis was unprecedented. Gale, on the other hand, told BIRN: "Even later, when the epidemiological situation calmed down… in mid-May last year, certain deals continued to be concluded under unfavourable terms - unfavourable to the state, of course, not to the service providers."

Opponents of Jansa rallied around Gale, but politicians from the ruling coalition and ...