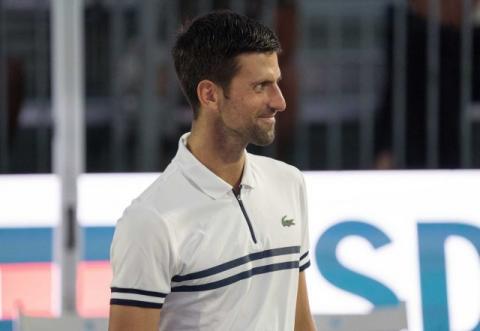 Djokovic remains first with 12.113 points, while Daniil Medvedev follows with 10.053 points.
There was no change in the Top 10, so Rafael Nadal, Stefanos Tsitsipas, Dominic Thiem, Alexander Zverev, Andrei Rublev, Roger Federer, Matteo Berrettini and Roberto Bautista Agut are among the top ten.
Denis Shapovalov jumped to 12th place and is close to the Top 10, and a significant leap was made by Alex de Minaur and Ugo Humbert, who achieved a career-​high ATP singles ranking of No. 25 on 21 June 2021.
De Minaur advanced four positions and is now the 18th tennis player in the world, while Humbert came from 31st to 25th place after winning Halle.
As for our tennis players, Lajovi fell by one position and is now the 41st tennis player in the world, Krajinovi is 44th, Kecmanovi holds 47th position, while Djere has advanced by one place and is now holding the 54th position.