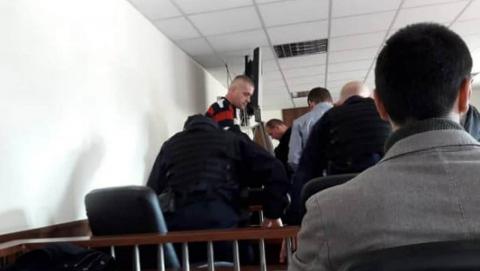 Pristina Basic Court of Pristina handed down its first-ever conviction for wartime sexual violence, sentencing former Serb policeman Zoran Vukotic to ten years in prison - a verdict that was hailed as a landmark by campaigners.

Vukotic was convicted of committing rape and participating in the expulsions of ethnic Albanian civilians from the town of Vushtrri/Vucitrn on May 22, 1999.

The indictment said that he raped his victim "as part of a broad and systemic attack on ethnic Albanian women".

"This is very good news for all victims of sexual violence of war, for citizens but also for the history and future of Kosovo,"Justice Minister Albulena Haxhiu wrote on Facebook.

Vukotic is already serving a six-and-a-half-year sentence for war crimes after being found guilty in another case in May 2018.

He was convicted of illegally detaining, beating and torturing ethnic Albanian inmates at the Smerkonica prison in the Mitrovica region from May to early June 1999.

The former policeman was extradited from Montenegro to Kosovo in November 2016.

Shyhrete Tahiri-Sylejmani, one of the only survivors of sexual violence during the 1998-1999 war in Kosovo who has publicly told her story of rape by Serbian forces in October 2019, also welcomed the ruling.

"Today starts a new era, justice for our soul and, I can freely say, justice for the criminal, who is in a prison cell where a new era will begin for him as well," Tahiri- Sylejmani told media.

The Kosovar Rehabilitation Centre for Torture Victims called Monday's ruling a historic moment for Kosovo that will influence other victims to testify in court, as well as bringing hope to those who are waiting for...