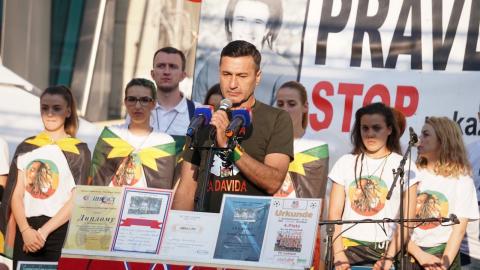 Three months later, the District Prosecution in Banja Luka ordered an investigation against unidentified persons for murder. The investigation was taken over by the State Prosecution of Bosnia and Herzegovina.

The Grand Chamber of the Court said it agreed that there had been a violation of the appellant's right both under the Bosnian constitution and the European Convention for the Protection of Human Rights and Fundamental Freedoms.

Series of errors may have compromised probe

First, it emphasized that it took 100 days for the Prosecution to open an official investigation. It further states that the Prosecution failed to explain why it waited for 100 days to order this, knowing that actions were already being undertaken, and adding that this caused public mistrust.

The Court does not assert that the delayed investigation is the reason why the murder has still not been...