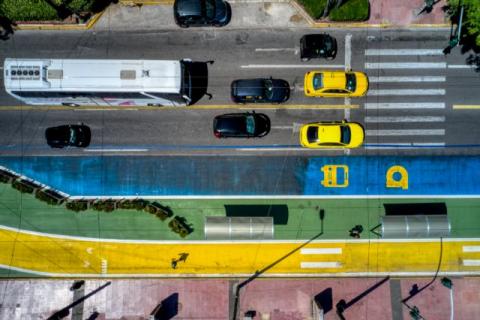 Kostas Bakogiannis, mayor of Athens, spoke to "MEGA" television about the Great Walk, the flood defenses in the heart of the city and the much-discussed statue of Maria Callas.

"Obviously, flood protection works cannot be done in three months, they can be done in 9 months. The Region of Central Greece is moving very fast, as are the municipalities. We have to run so that these things do not happen again in the future. "

In Athens, everyone is ready, the Mayor of Athens assured. The gutters are cleaned, while the services of the Municipality are already on the streets.

"We live in a time of crisis. We must shield the city. "People are changing and we have to change," he said.

The Great Walk is changing again

The Great Walk is entering its final phase. "Works have started in Syntagma Square and will be delivered shortly after Christmas", he said, while the works at Panepistimiou Street will start shortly before the end of the year.

According to Mr. Bakoyannis, 82 new big plane trees will be planted along Panepistimiou Street In total, the Street will count 160 to 170 trees. Our goal is not to uproot trees," he said.

Why we chose the plane trees

The Mayor of Athens explained the reasons why the plane trees were chosen: it is a deciduous tree, tall, which gives shade and functions as a flood protection project. The problem of Panepistimiou Street is that its flower beds are raised and it is the worst for the water."

In addition, there is a special provision for hotels, where in front there will be recesses for cars to enter. There is a corresponding provision for all hotels in the city.

Also, there will be a new body to solve the traffic in Athens.

"We want to live in a modern European capital,"...