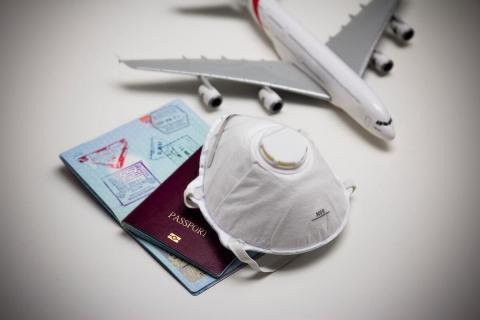 After a weak of the first half of 2021, international tourism rebounded during the northern hemisphere summer season, boosting results in the third quarter of the year, especially in Europe, the World Tourism Organization (UNWTO) said yesterday.

According to the newest edition of the World Tourism Barometer published by the U.N. specialized agency, international tourist arrivals (overnight visitors) increased by 58 percent in July-September compared to the same period of 2020.

However, they remained 64 percent below 2019 levels. Europe recorded the best relative performance in the third quarter, with international arrivals 53 percent down on the same three-month period of 2019.

In August and September, arrivals were at -63 percent compared to 2019, the best monthly results since the start of the pandemic.

Between January and September, worldwide international tourist arrivals stood at -20 percent compared to 2020, a clear improvement over the first six months of the year (-54 percent).

Nonetheless, overall arrivals are still 76 percent below pre-pandemic levels, with uneven performances among world regions. In some sub-regions - Southern and Mediterranean Europe, the Caribbean, North and Central America - arrivals actually rose above 2020 levels in the first nine months of 2021.

According to available data, some islands in the Caribbean and South Asia, together with a few small destinations in Southern and Mediterranean Europe, saw their best performance in the third quarter, with arrivals coming close to or sometimes exceeding pre-pandemic levels.

The uplift in demand was driven by increased traveler confidence amid rapid progress on vaccinations and the easing of entry restrictions in many destinations.