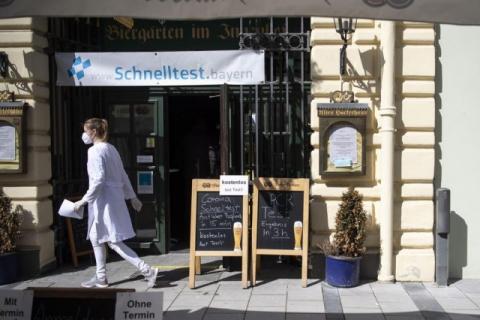 According to a document from the Office obtained by Bloomberg, Merkel recommends that people who have not been fully vaccinated be banned from going to restaurants, cinemas and shops that are not necessary.
She also calls for mandatory vaccinations against COVID-19 starting in February 2022.
The proposals are part of measures that Merkel will discuss at a video conference on Thursday with Olaf Scholz, her appointed successor to the SPD and the current finance minister, along with 16 German state leaders.
Scholz, who is due to be sworn in next week as Merkel's successor, expressed support for her proposals. The number of patients in intensive care units will reach 6.000 by Christmas, which will exceed the peak during the second wave of the pandemic last winter, DIVI President Gernot Marx told ZDF television. It is added that hospitals in Germany are facing a "particularly dangerous situation".
About 71 percent of people in Germany have received at least one dose of the vaccine so far.