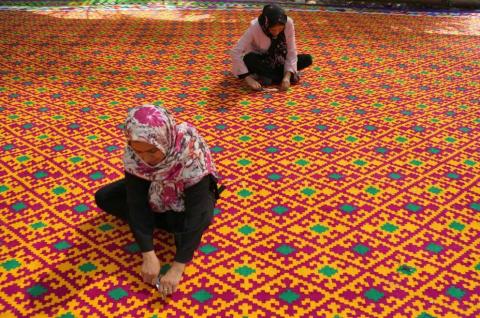 The 7x15-meter kilim was the handiwork of seven expert weavers and three assistants in the town of Qirokarzin, said Mohammad-Jafar Ebrahimi, the local cultural heritage chief, as quoted on state television.

He said it was commissioned by the energy-rich Gulf state of Qatar.

Kilims, which are flat and not knotted, have traditionally been woven by hand by nomads in Turkey, the Caucasus, Iran, Afghanistan and Turkmenistan, for use in tents.

According to statistics provided by state news agency IRNA, the export of Iran's world-renowned carpets raise between $400 million and $500 million a year.