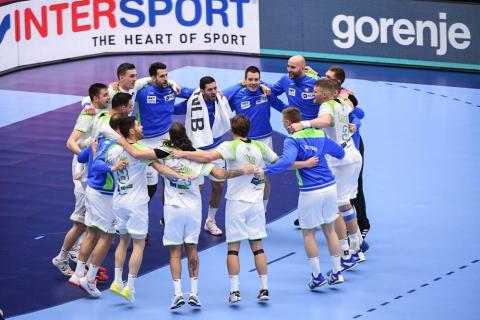 Ljubljana – After failing to qualify for the 2023 Men’s Handball World Championship, the Slovenian national team will get to play at the tournament hosted by Sweden and Poland after all, courtesy of a special invitation from the International Handball Federation (IHF).

The IHF picked Slovenia on Tuesday along with the Netherlands among five European wild card applicants in a decision that is hailed by Slovenian Handball Association head Franjo Bobinac as a major honour.

“This is not only about the general sporting aspect and past achievements, including a bronze medal in France in 2017, but is also the result of the association proving an excellent organiser of championships in junior categories in recent years,” Bobinac commented, noting Slovenia is presently hosting the U-20 women’s handball worlds and will host the U-19 men’s worlds in 2025.

The 2023 World Championship scheduled for January will be Slovenia’s tenth. The team, which also won silver at the 2004 European Men’s Handball Championship and was fourth at the 2020 Euro, has made it to the semi finals twice, finishing fourth in Spain in 2013 and third in France in 2017.