A case of Covid-19 has been identified among the staff at the Home for the Elderly in Dobrich and measures are being taken to reorganize the activity, recommending that the residents to be fed in their rooms, said at a press conference the director of the Regional Health Inspectorate / RHI / Dr. Svetla Angelova. 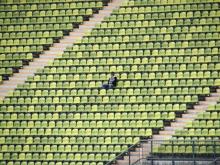 According to the Bulgarian embassy in Rome, the Italian authorities are extending by the order, which introduced a two-week quarantine for citizens who have resided in Bulgaria and Romania in the previous 14 days, the Ministry of Foreign Affairs announced.

The previous order expired on July 31, the current one is extended by 10 days.

Shala sent a written explanation to the Pristina television Klan Kosova for the statement given in the show "Rubicon" on Thursday about the US Special Envoy Grenell, in response to different interpretations of the mentioned statement. 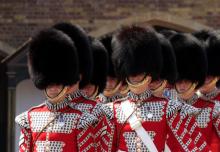 ONE of the Queen's elite bodyguards has been arrested on suspicion of cocaine possession.

Private Jack Prescott, 19, was said to have had nine bags of suspected Class A drugs among his possessions.

The Coldstream Guardsman was arrested on Tuesday by Royal Military Police, who searched his room and car at Wellington Barracks, near Buckingham Palace.

A large drug laboratory in Yambol was broken down during an operation by the prosecutor's office and the police. On three floors in the former building of "Toplofikatsiya - Yambol" was built a full cycle of cultivation, processing and packaging of marijuana.

In the wake of fever-pitch tensions between Athens and Ankara, Turkey's Defense Minister Hulusi Akar hinted that military meetings would be resumed in the Turkish capital in the near future to discuss confidence building measures (CBM) between the two countries

About seven in every 10 enterprises (68%) recorded a decline in sales over the first couple of weeks of the summer sales window, compared with the same period last year, while just 8% reported an increase, according to a survey by the Hellenic Confederation of Commerce and Entrepreneurship (ESEE).

Greece's Economic Sentiment Indicator recorded a rise in July, according to data announced on Friday by the European Commission, rebounding to 90.8 points from 87.6 points in June.
At the same time the Employment Expectations Indicator continued to recover, reaching 103.7 points last month from 97.6 points in June.

The Greek stock market ended July with a monthly drop of 3.33% for the benchmark on the day that eurozone gross domestic product data showed a record decline over the second quarter of the year. Blue chips saw minor losses during the session and stocks were split down the middle between winners and losers.