All News on Social Issues in Turkey

Decrying rising Islamophobia in Western countries, the Turkish president said Saturday that insulting people's beliefs has nothing to do with freedom.

From the beginning of the year, when Greece blocked Recep Tayyip Erdogan's attempt to blackmail Europe with the mass movement of migrants, Turkey has been trying, with increasing persistence, to "isolate" Greece from its European Union partners.

Europe lacks visionary leaders, and some of them risk the peace of Muslims there, Foreign Minister Mevlüt Çavuşoğlu has said.

A comprehensive survey about the Syrian immigrants presented to a sub-commission of Turkish Parliament has shown that Syrians were happy in Turkey, and half of them were willing to stay rather than go back to their homeland. 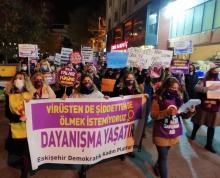 Women across Turkey marked the International Day for the Elimination of Violence Against Women on Nov. 25, highlighting that 354 women have been killed so far since the start of the year and how the pandemic conditions had left many trapped with their abusers at home.

Women protesters wearing face masks as they hold placards reading: 'We don't want to die' at a rally for the 'prevention of violence against women' in Istanbul, Turkey, November 22. Photo: EPA-EFE/SEDAT SUNA

The escalation of the coronavirus crisis - the death toll from which continues to climb and which is threatening to send the public health systems in Greece and other parts of Europe into gridlock - in combination with the artificial political confrontation provoked by the tactical maneuvers of the Greek Communist Party (KKE), SYRIZA and Mera25 opposition parties in the name of the anniversary

Over two dozen people were detained and large amounts of drugs were seized in nationwide drug raids by Turkish police on Nov. 24, according to official statements.

A total of 13 kilograms of synthetic drugs were seized in the eastern province of Van, said local police. 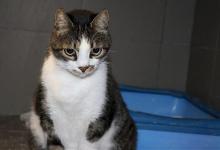 The cats of a woman who died in the 6.6-magntitude earthquake that hit Turkey's Aegean coast on Oct. 30 have been adopted after they underwent treatment.

Süheyla Erdönmez died under the wreckage of the eight-story Rıza Bey Apartment in Bayraklı district, which collapsed to the ground due to weak infrastructure after the earthquake that killed 116 people and wounded 1,034 people.

Authorities believe that an Iraqi Kurd who operates a store in Athens is a major migrant trafficker engaged, mainly, in getting Turks to western Europe, either directly or via Greece.

The trafficker's latest suspected operation, the departure of sailboat La Victoire from the Ionian island of Lefkada, was prevented by the coast guard on November 13.

A speedboat that appeared to have been smuggling migrants to the Greek island of Rhodes from nearby Turkey partially sank before reaching land, leaving one person dead, Greece's coast guard said on Monday.

"Although we were left alone, we have nabbed nearly 9,000 foreign terrorist fighters and sent them back to their countries," Erdoğan said at the virtually organized summit.

A stage actor made 60 Turkish Liras ($7.8) in just half an hour while taking a stroll in the main street of the southern province of Adana disguised as a beggar for a social experiment on Nov. 21.

"In our social experiment we showed how the beggars pile on the agony," said Hüseyin Şen, a 65-year-old actor.

Turkey's President Recep Tayyip Erdoğan said on Nov. 22 that Ankara sees itself as an inseparable part of Europe.

Erdoğan told members of the ruling Justice and Development Party (AKP) that the European Union should keep its promises regarding the migrants issue and making Turkey a full member of the bloc.