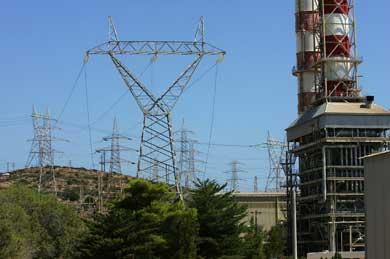 PPC is raising 500 million euros ($690 million) from senior notes to refinance debt, a person familiar with the matter said. The Athens-based utility is the first non-financial Greek company to sell bonds in Europe this year, according to data compiled by Bloomberg.

Confidence is returning to Greece after the government ended a four-year exile from international markets on April 10, issuing 3 billion euros of bonds in a sale that saw demand exceed supply by almost seven times, according to Greek Prime Minister Antonis Samaras. The countrys economy is set to grow 0.6 percent this year, Finance Minister Christos Staikouras said on Wednesday, the first expansion in seven years.

Greece was the poster child for the sovereign crisis and its back, said Juan Esteban Valencia, a strategist at Societe Generale SA in Paris. Its a vote of confidence in the work thats been done there, but mostly, its the fact that people are really desperate to look for yield.