Sakovic: There will be enough food, wheat enough for export 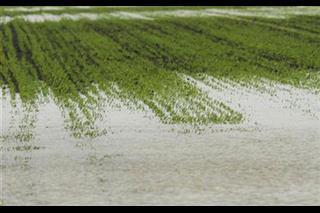 BELGRADE - Between three and four percent of arable land in Serbia was covered in water in the recent floods, but there will be enough food for the country's needs, while wheat will even be exported, head of the association of cereal farmers and exporters Zita Srbije Vukosav Sakovic told Tanjug on Friday.

All the data on the floods have not been collected yet, but the government is expected to release them early next week, he pointed out.

According to Zita Srbije and independently of government sources, around 20,000 ha of wheat crops were flooded, Sakovic stated.

The total yield will be lower than planned and is expected at 2.5 million tonnes, which is enough to cover Serbia's needs and leaves around 1 million tonnes for export, he noted.

The damage is great, but not such that it can threaten our food supply, he remarked, stressing that there would be enough of corn, soy and sunflower as well.

Dusan Masic: "Accused can defend themselves by lying"