Lot 2 of Struma Motorway to Be Completed in March 2015 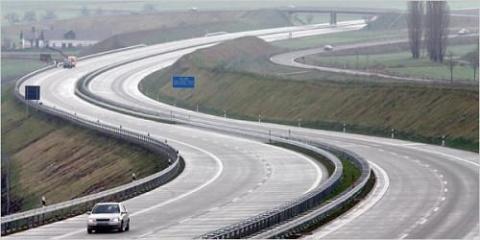 Lot 2 of the Struma motorway is to be ready in March 2015, according to Bulgarian Regional Development Minister Desislava Terzieva.

Speaking during an inspection of the motorway section on Monday, she said that her first impressions of the construction works were excellent and that everything was going to schedule.

Terzieva, as cited by investor.bg, said that there were 14 archaeological sites in Lot 2 (Dupnitsa – Blagoevgrad) for which a total of BGN 4.7 M had been allocated.

She said that the archaeological excavations were to be wrapped up by end-July at the latest.

She announced that the deadline for the completion of Lot 4 of the Struma motorway (Sandanski – Kulata border crossing point) was October 2014, while the 15km tunnel in the Kresna Gorge for Lot 3 was still being designed.

In end-April, professional organizations in the sphere of construction and road safety insisted that the construction of the Kresna Gorge tunnel was unrealistic, inappropriate and economically unfeasible, stressing that it involved expensive construction works and annual maintenance costs of over BGN 50 M.

The contractor of Lot 2 is Struma-Lot 2 Consortium and the construction contract is worth nearly BGN 359 M, VAT included

The contractor of Lot 4 is Aktor ASD and the contract is worth over BGN 67 M, VAT included.

The Struma motorway is to be launched in 2022.