Bulgaria 'Is Mafia with Democracy on the Inside' - Italian journalist 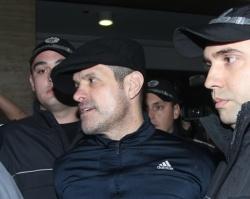 "Bulgaria has a remarkable criminal history which the world underestimates. Bulgarian institutions often demand as well that it be underestimated," Saviano argued in an interview for "No Man's Land," a show aired on private national channel NOVA TV.

The Italian writer, who received a death threat by Italian crime syndicate Camorra over his book "Gomorrah" in 2006 and was granted permanent police escort, made some striking claims about the influence of the Bulgarian mafia, citing data from an investigation in Italy.

"Calabia's 'Ndrangheta is supplied with cocaine from the Bulgarians, and this had never happened. Calabrians are using their own channels, and to be provided with stuff by the Bulgarians... It was because the Bulgarian mafia had bought such amounts of cocaine that it was able to sell it at better prices than South Americans themselves," he explained.

Bulgaria's tradition of criminal relations with Italy dates back to the Communist era, when heroin is sold by Sofia as a strategy "to poison the West", Saviano alleged.

He described Evelin Banev (aka "Brendo"), known as the Cocaine King and sentenced to 20 years in Italy, as "a figure that was holding Bulgaria's fate in its hands, now it is to a lesser degree".

The Italian asserted Brendo is "the only person" who knows how drug trafficking between Bulgaria and Italy is carried out.