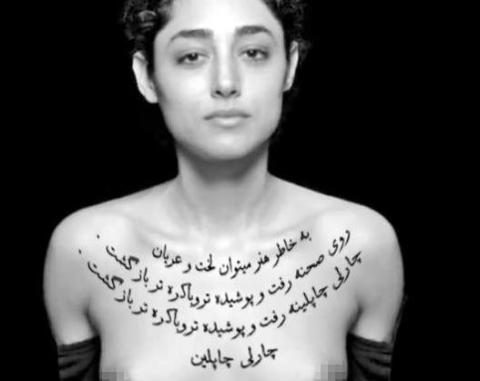 It’s the photo-shoot that cost one of Iran’s most famous film stars permanent exile from the Islamic Republic. The reason? Nude pics, and ones of nubile actress Golshifteh Farahani no less.
The photos were published in Madam Figaro, and according to the now Paris-based actress, they’re in protest to the oppressive regime in her native country.
Iranian authorities apparently began to harass Farahani’s family in Tehran after she appeared uncovered at an event for the premiere of the 2009 Hollywood thriller “Body of Lies”, which starred Leonardo DiCaprio and was directed by Ridley Scott. Farahani had a decent role in the film.