Iohannis: Relation with Poland, priority to Romania, both on European and trans-Atlantic level 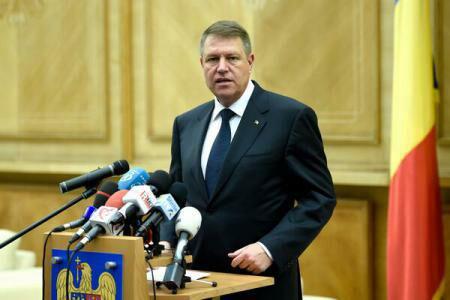 The relation with Poland is a priority to Romania, both on a European level and a trans-Atlantic level, being highlighted by the existence of a strategic partnership, and the two countries are connected by a common history of cooperation and solidarity in crucial moments, President Klaus Iohannis said on Wednesday, before leaving on the official visit he will pay to Warsaw.

According to the head of state, the agenda of the Romanian ? Polish discussions includes topics related with the evolution of the bilateral relations, from an economic, political and military point of view.

"We have in view concrete cooperation projects between Romania and Poland, within the European Union and NATO, with a focus on the regional cooperation. We shall also discuss the security topic, with reference to the Ukrainian matter in particular. Both Romania and Poland have a major interest in the eastern vicinity. Therefore, I believe there are premises for Romania and Poland to be able to play together an important role in the configuration of the NATO and EU cooperation with the partners in the region," Iohannis said, in a statement made at the Henri Coanda International Airport.

During the visit, the President will have talks with Polish President Bronislaw Komorowski, with Marshal of the Polish Sejm Radoslaw Sikorski, Polish Senate Marshal Bogdan Borusewicz and with Polish Prime Minister Eva Kopacz.

The delegation accompanying the head of state to Warsaw is made up of presidential advisers Dan Mihalache, Andrei Muraru, Lazar Comanescu, Tatiana Niculescu Bran ? the President's spokesperson, as well as State Secretary for European Affairs George Ciamba. AGERPRES