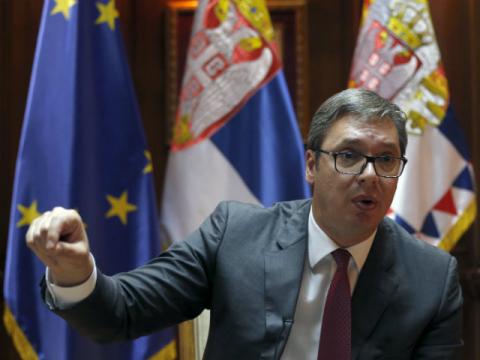 Serbia announced the formation on Monday of a "working group" for the second phase of the country's "internal dialogue" on Kosovo, the former province that proclaimed its independence in 2008.

However, some experts have called the formation of the new group absurd, saying the result of the first phase remain totally unknown.

"I was surprised to hear that second phase is starting because we don't know anything about the first phase," Belgrade analyst Bosko Jaksic told BIRN.

Which proposals were discussed, who presented opinions and who was consulted remain unknown, according to Jaksic.

"If we judge things by the first phase, then the second one does not look promising," he added.

The newly announced Working Group is supposed to support the authorities in monitoring and progressing an internal dialogue on Kosovo.

The government named the head of the official Office for Kosovo and ruling Progressive Party official Marko Djuric as head of the Working Group.

But Jaksic said the Kosovo issue was far too complicated to be left only to politicians.

President Aleksandar Vucic "asked everyone in public to present their stances and solutions for ending the crisis [over Kosovo], but without revealing his own stances," Jaksic noted.

"That dialogue should be transparent. If you now want to form some working group with just party bureaucrats, this [dialogue] will only be 'pro forma.'"

Vucic in June invited all Serbian citizens to join what he termed "an internal dialogue on Kosovo and Metohija", so that "we don't leave this burden to our descendants".

It was time for Serbs to "stop to burying our heads in the sand and try to be realistic, not to allow ourselves to lose or...