Merkel doesn't Want to Speculate on Next ECB President 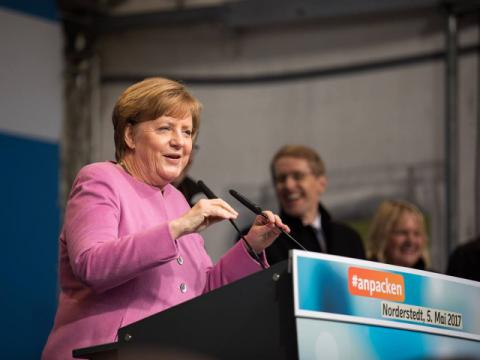 Chancellor Angela Merkel declined to say on Monday whether she favoured a German becoming the next president of the European Central Bank after incumbent Mario Draghi's term ends in 2019, Reuters.

"At the appropriate time, we will talk about the candidates for these personnel questions. Of course, for all the positions to be filled in the next year ... we will have good candidates, but I don't want to speculate today," Merkel said.

"Whether there is a German, or a non-German, at the helm of a European institution, the reputation of this institution must as good as possible," she told a news conference in Berlin.