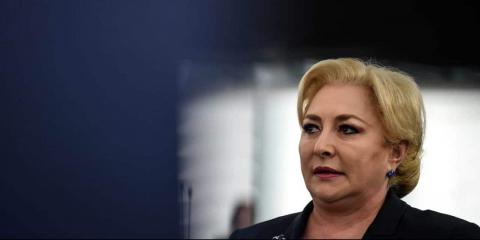 Romania's main opposition National Liberal Party, PNL, filed a motion of no-confidence on Wednesday in the Social Democrat-led government over its controversial agenda of justice reforms. The motion will be debated in parliament from next Tuesday.

It may pass after the main ethnic Hungarian minority party and other MPs that have sustained Prime Minister's Viorica Dancila cabinet in the past said they would support a motion to oust the government.

"You have attempted to destabilize and undermine Romanian justice in order to save your corrupt members," the motion reads accusingly.

That refers to the judicial reforms pushed by the ruling Social Democratic Party, PSD, since it came to power after winning the December 2016 legislative elections.

The party was dealt a blow last month when it was defeated by the PNL at the 26 May European elections.

The same day, more than 6.5 million Romanians, more than 80 percent of those who went to the polls, voted against the government's planned justice changes in a referendum called by President Klaus Iohannis.

A day later, the PSD leader and de facto prime minister, Liviu Dragnea, was sentenced to three-and-a-half years in prison for corruption.

Dragnea was seen as the main proponent of the legal amendments pushed by the government that would have saved him from prison, had they been passed on time.

Both the European Union and the United States have expressed concern over the planned justice reforms in Romania.

Washington, Brussels and some European governments see moves to ease penalties for corruption as a major setback in the progress Romania had made in battling graft at the highest level.

Among the reasons offered by the PNL to impeach the government are also the...