Democracy Digest: And the Wall Came Tumbling Down 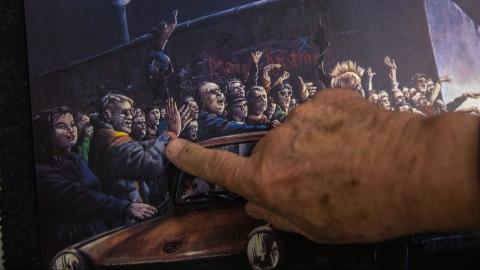 But first, a reminder of Reporting Democracy's special package of stories to mark the anniversary.

And don't miss our #BerlinWall Twitter thread. From Saturday, we will be filling it with video interviews with people born in 1989 in countries formerly behind the Iron Curtain. How do they view democracy, freedom and the legacy of '89?

As Germany prepares to mark the 30th anniversary of the fall of the #BerlinWall on November 9, 1989, @Rept_Democracy is bringing you a special series of stories across the week, looking at the state of #democracy in Central and Southeast Europe.

Fall of the Wall: How Iron Curtain Journalists Reported History

Veteran reporters from countries formerly behind the Iron Curtain recall the highs and lows of covering the fall of the Berlin Wall 30 years ago in a BIRN mini-documentary.

To understand the complex legacy of 1989, look beyond the formal celebrations being held in Berlin.

Three decades after the fall of totalitarianism in Europe, young democracies need to inoculate themselves against populism, says a prominent Hungarian author and activist.

Legacy of '89: Revolutions for Whom?

In many post-communist countries, GDP per capita remains below its level 30 years ago. Experts say that is why nostalgia for the economic security and social stability of the authoritarian past is growing.

Thirty Years: The Changing State of Freedom in Central Europe

Extracts from three decades of reports by independent watchdog Freedom House paint a picture of a region in flux and...