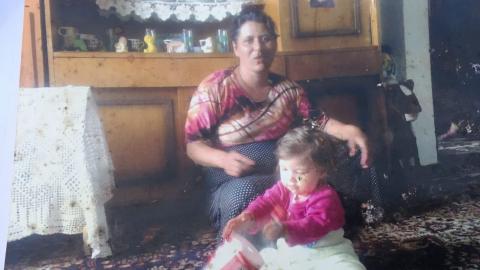 Haxhi Balaj remembers that it was sunny on May 5, 1999, and that his mother Shehrije was trying to find something for lunch for the family.

They had run out of flour, among the many other things they were missing in those difficult days during the Kosovo war.

His mother, a Roma woman, was in their house in the village of Bllagaje, in western Kosovo's Peja/Pec municipality, when gunshots were heard. She told her children to stay in the house and not go outside.

A bit later, a Serbian police car entered their yard, and four uniformed police officer took her away to an unknown location. In the evening, she came back, bloodied and bruised all over her body.

In 2013, Shehrije Balaj became the first female witness from Kosovo to testify about how she was raped, giving evidence at the trial of former Yugoslav Army commander Toplica Miladinovic and 10 others in Belgrade for war crimes committed in the villages of Qyshk/Cuska, Pavlan, Zahaq and Lubeniq near the town of Peja/Pec, where at least 100 civilians were killed in April and May 1999.

The perpetrators were members of a 177th Yugoslav Army Unit known as the Jackals, commanded by Nebosoja Minic, alias 'Dead' ('Mrtvi' in Serbian). The Jackals were not created during the war in Kosovo; they had already committed massacres in Bosnia and Croatia.

Shehrije identified three of them in court - Srecko Popovic, Boban Bogicevic and Dejan Bulatovic. A group of Jackals fighters were initially convicted in Belgrade in 2014 and sentenced to a total of 106 years in jail, but the Serbian appeals court then reversed the verdict and the case is now being retried.

In the meantime, Shehrije Balaj died in poverty in September 2018, after...