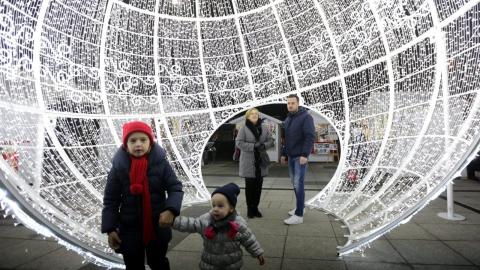 See also: Brain Drain: Will the Last Doctor in Kosovo Turn Out the Lights?

The National Medical Council of Serbia annually issues around 800 certificates needed by doctors when applying for jobs abroad. In Kosovo and Bosnia, national medical workers' associations report that hundreds of highly qualified doctors leave each year.

In September, the Zenica cantonal hospital in central Bosnia issued a statement saying the town of over 100,000 no longer had neuro-pediatric medical care available. Many children with appointments had their examinations delayed until further notice.

The flight of doctors to the West in recent years has been documented in every former socialist country from Southeast Europe and the Balkans.

The main reasons usually cited are a lack of professionalism in the workplace, poor working conditions and meagre salaries. Typical salaries for doctors are only around 600 euros a month while nurses make around 400 euros.

The consequences of the exodus are plain to see on the ground. The emigration of health workers leads to underdevelopment of the sector as a whole, especially in far-flung regions and when it comes to healthcare for the elderly, children and women.

Emigration stretches health systems to the point of collapse and results in a loss of vital services. It ensures a drop in the quality of healthcare provision.

In Romania, 10 per cent of the population now live without healthcare, according to Politico.

At the same time, the EU profits from this emigration. Germany, the wealthiest economy in the bloc, is among the top beneficiaries. It is estimated that for every six doctors in Bosnia, one now works in Germany. Meanwhile, Germany's need for health workers is projected to increase from 2.86...