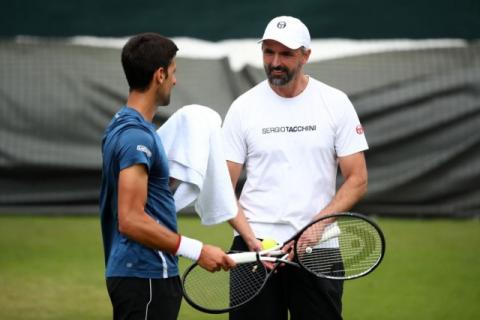 The former Croatian tennis player has been the coach of Novak Djokovic for almost a year.
He says the collaboration is phenomenal.
"Novak started year out incredibly, 18 wins in a row. If we add those three from last year, that's 21 wins in a row. He brought his game mentally and tennis to a level that was difficult to match. So I am sorry that this did not continue. Everyone lost. But the cooperation is phenomenal for me, I think he is also satisfied", Ivanisevic told Croatian TV Nova.
Ivanisevic considers the Serbian tennis player to be the best ever.
He expressed hope that Novak will confirm that in the achievements on court, and that he will overtake Federer in the number of Grand Slam titles.
"When one day everyone finishes their career, then an assessment will be made. It's hard for me to say, because in my opinion Novak is the best and he is the only one who can win the calendar Grand Slam. If he is healthy, I think he will break that record. I think that Nadal will break Federer's record too. Unfortunately, I don't think Federer will win any more Grand Slam, because he won't certainly come back younger. But Federer should not be written off. Novak Djokovic is the greatest tennis player of all time for me. I sincerely hope that he will confirm that with his performance", Ivanisevic concluded.