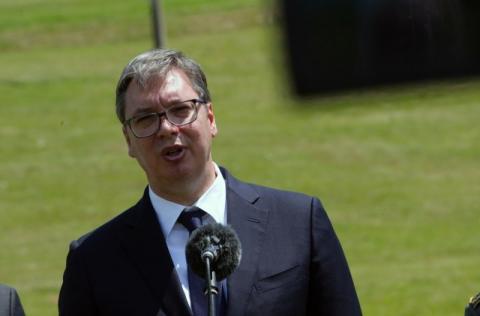 Today, President Aleksandar Vucic visited the plant of the new factory "Vorwerk" in Cacak, which also produces parts for Porsches and other most famous car brands, and said that - there is no Porsche without Cacak.
Vucic personally witnessed that the production of parts for the automobile industry was launched in the new factory of the German company "Vorwerk" and talked to the workers.
"There is no Porsche without Cacak, when you see someone driving a Porsche, you know that it would not be possible, if it were not for Cacak and the workers from Cacak ... Porsche 'made in Cacak'," Vucic added jokingly.
"Today is a great day, a day that makes a difference, for those people who have invested effort in this. For western Serbia, this is of crucial importance," he pointed out.
As he said, we promised German investors that a highway would be built by the beginning of the factory's work, and they had some doubts about that.
"The highway is there as we promised, but maybe the opening of the Vorwerk factory is more important, because 186 people got the job and it will employ more than 1.000 people altogether. So, young people can stay here to live," the President of Serbia said.
He stated that Vorwerk did not come to stay for five or ten years. "They came here to stay for decades, to work, to make profit, to improve their business," Vucic said.
"I don't see much better places to invest than Serbia," he said.
He stated that there used to be a "neglected meadow" on the site of the company, and today it is a "magnificent hall".
"There have been no factories like this for decades," he said.
"I thank my entire team, as well as Ana's. A lot of good things have happened, Cacak must continue its development. We will...