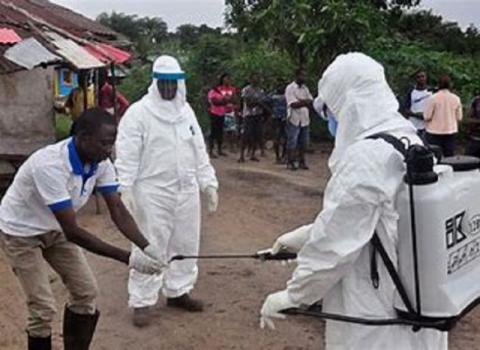 "Rospotrebnadzor (the consumer safety watchdog - TASS) closely monitors the reports on any outbreaks of infectious diseases, both new and recurrent infections, across the world," the statement says. "No cases with similar symptoms have been detected in Russia."

The regulator pointed out that it does not have enough information to establish the cause of that disease, but assumed that it is of "viral nature." Besides, the data is insufficient to make assumptions about how contagious and deadly the disease could be and about any risks of outbreaks, but "the threat should not be underestimated."

"The emergence of new diseases, including those with a high pandemic potential, is part of a natural evolutionary process. Therefore, the diversity of microorganisms surrounding us must be studied permanently and systematically," the watchdog added.

Earlier, CNN reported that Professor Jean-Jacques Muyembe Tamfum, who was among the first scientists to discover the Ebola virus, warned of far more deadly diseases, which pass from animals to humans, to come out, causing a pandemic. The journalists named such illnesses as "Disease X." According to CNN, a female patient in Ingende, a town in the Democratic Republic of the Congo (DRC), showed early symptoms of a hemorrhagic fever. However, she tested negative for the Ebola and other known viruses. The woman recovered, but the physicians were unable to establish the origins of the disease which symptoms...

AstraZeneca Use Put on Hold, Where and Why?

Italian ambassador killed in Congo while in UN convoy

Mostly Sunny All Over the Country Max Temperatures 26°-31°C