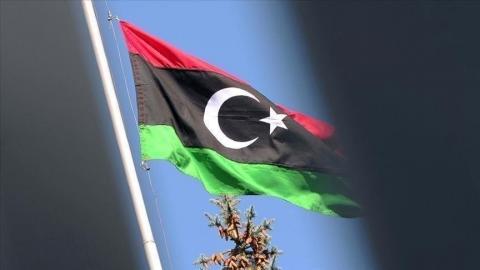 Turkey on Jan. 22 welcomed a recent compromise between the warring sides in Libya on a mechanism to appoint a temporary executive authority in the country.

The Turkish Foreign Ministry in a statement hailed the compromise on Tuesday in the Libyan Political Dialogue Forum (LPDF) that also determined the timetable on appointing the temporary government until planned elections are held amid a cease-fire between the internationally recognized government and warlord Khalifa Haftar.

"Turkey, which attaches importance to Libya's sovereignty, integrity and political unity, wishes the selection of a new unified executive authority soon," said the statement. It underlined the need for a temporary government in preparing for the general ballot slated for Dec. 24, 2021, as well as in meeting the humanitarian needs of the "friendly and brotherly Libyan people" after years of fighting and a blockade on the country's oil exports.

Noting Ankara's opposition to a military solution in Libya since the conflict broke out in April 2019, the ministry highlighted the country's "leading role" in holding the Berlin peace conference, implanting its outcomes, and enforcing the truce between the sides by "balancing the situation on the ground."

"Turkey will extend all support to the new executive authority that will be established on the basis of an inclusive national reconciliation among Libyans," it said.

In order to realize Libyan people's aspiration for democracy, it is crucial that the UN-facilitated political solution efforts not be hindered once again, the statement added, noting that Turkey was following "with great concern" military build-up and cease-fire violations of the "illegitimate entities in Libya," in a reference to Haftar's militias.