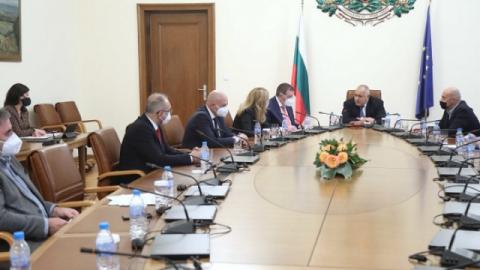 The support provided by the government to preserve jobs and to help businesses in Bulgaria amounts to nearly BGN 2 billion since the beginning of the pandemic. With the funds already paid out under the measures launched by the Ministry of Labour and Social Policy, amounting to around BGN 1 billion 300,000 jobs are saved and the risk of double increase in unemployment in the country is prevented.

As a result, at the end of last year, unemployment in Bulgaria reached the lowest rates since the lift of the state of emergency in May, and is currently also below 7%. The Ministry of Economy has allotted funds that have reached the businesses to the amount of BGN 550 million, with a further BGN 440 million are being currently paid off.

This was reported to Prime Minister Boyko Borissov in the framework of a working meeting that the Prime Minister convened at the Council of Ministers with members of the government.

Economy Minister Lachezar Borisov pointed out that the implementation of a support plan by the National Revenue Agency, which also required legislative changes, is already underway. "8163 companies will receive nearly BGN 116 million under this measure.

The reserve list of micro-companies requesting support is also approved. More than 21,000 companies with BGN 173 million have already received aid. We promised the business that the reserve lists would also be reviewed. The payment to them is currently underway, with 3,354 micro companies receiving about BGN 26 million more", minister Borisov reported. As regards the procedure for medium-sized enterprises, invitations have already been sent to absolutely all companies that have successfully passed the assessment and the business is currently expected to present its financial reports...