Pandemic Leads to Rise in Cyber Abuse of Children in Albania 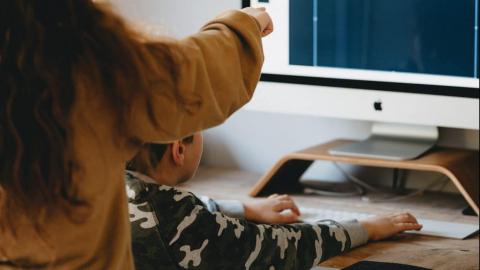 Thousands of children in Albania are at greater risk of harm as their lives move increasingly online during the COVID-19 pandemic, UNICEF and local experts warn.

The closure of the country in March last year due to the spread of the novel coronavirus, including a shift to online schooling, has led to an increase in the use of the Internet by children, some of them under the age of 13.

According to a 2020 UNICEF Albania study titled "A Click Away", about 14 per cent of children interviewed reporting experiencing uncomfortable online situations, while one in four said they had been in contact at least once with someone they had never met face-to-face before.

A considerable number of those who had caused these experiences were persons known to the children.

UNICEF Albania told BIRN that, after the closure of schools and the introduction of social distancing measures, more than 500,000 children found themselves faced with a new online routine. Online platforms suddenly became the new norm.

"If before the pandemic 13-year-olds or older had the opportunity to gradually become acquainted with social media, communication applications or online platforms, the pandemic suddenly exposed even the youngest children to information technology," the office told BIRN.

According to another report, by the National Centre for Safe Internet and the Centre for the Rights of the Child in Albania, there has been an alarming rise in reports of child...