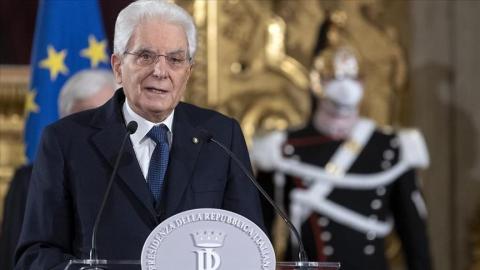 Turkey on Feb. 22 offered condolences on the killing of an Italian diplomat in an attack on a U.N. convoy in the Democratic Republic of Congo.

According to local sources, the convoy was attacked in an attempted kidnapping near Goma, the capital of North Kivu province.

"We strongly condemn this heinous attack. We share the grief of friendly people and the Government of Italy," the Turkish Foreign Ministry said in a statement, extending condolences to the families and relatives of those who lost their lives.

Earlier, Foreign Minister Mevlüt Çavuşoğlu tweeted that he was "deeply shocked and saddened," over the killings, and expressed "Heartfelt condolences to friendly Italy, bereaved families and the Italian nation."