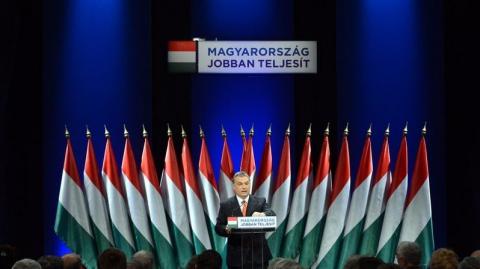 Although national income indeed grew significantly after 2013 (on average around 4 per cent per year until the pandemic), the overall performance of the economy proved to be much bleaker than depicted on the government posters, even before the current crisis. Hungary's cumulative growth rate (30 per cent) between 2010 - the year when Viktor Orban and his Fidesz party assumed power - and 2019 ranked the country only sixth among 10 Central and Eastern European countries of the EU.

Over the past decade, the picture of the economy has been ambiguous. At first sight, short-term indicators (GDP, inflation, unemployment, current account) were relatively favourable, which can be attributed to four interrelated factors.

First, the net inflow of EU funds amounted on average to 4 per cent of gross national income (GNI). Second, the government kept budget expenditures in check, unlike the previous period of "fiscal alcoholism". Third, the booming world economy helped the export-driven Hungarian economy and enhanced foreign direct investment. Fourth, the National Bank of Hungary pursued an extremely loose monetary policy that, after 2016, resulted in cheap loans and a strong depreciation of the local currency, boosting exports. Real incomes increased by 31 per cent between 2012 and 2019, and the positive perceptions of the population about the state of the economy soared, while business confidence hit a record high in 2018.

However, this picture covered up deep structural deficiencies within the economy. Productivity and competitiveness remained persistently weak. According to the latest extensive survey of the World Economic Forum (WEF) in 2019, only Croatia, Greece, Romania and Bulgaria had a worse ranking than Hungary. In education, Hungarian pupils...