The British variant of Covid 19 in Serbia 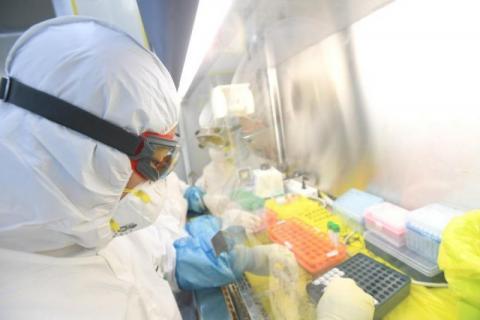 Virologist, Ms. Ana Banko told "RTS" that doctors are currently extremely worried about the British, South African, Brazilian, and two Californian variants of the coronavirus, as well as the Indian "double mutant". These variants are transmitted faster, are potentially resistant to antibodies, and interfere with the diagnostic process.
"In the Indian variant carries the mutation we encountered in variants we have defined as worrying, such as two California variants, and on the other hand, it has a mutation in place of the Brazilian and South African variants that are in the same place but lead to a different change. "It doesn't necessarily mean that this variant will be more negative in terms of the spread of the disease or vaccine resistance, but we must be aware that viral genome sequencing and information about a large number of circulating variants will be shown on daily basis," Dr. Banko explained in her interview to Blic daily paper.
A variant named 501.V2 was first discovered in South Africa, mid-December, and later in some other countries such as Great Britain and Japan. This variant of coronavirus is believed to be easily transmitted, somewhat similar to the British variant, which British scientists said was 56 percent more contagious than previous types of Covid-19. This South African variant is biologically similar to the British one, but with two additional mutations that can interfere with the effectiveness of the vaccine.
The so-called Brazilian variant turned out to be very similar to the British variant, but it did not cause severe clinical pictures than...