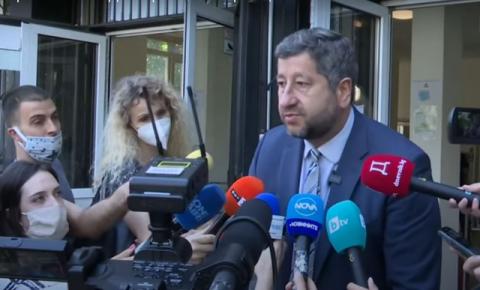 For "Democratic Bulgaria" the people who will be included in the government are important - said the co-chairman of the political coalition Hristo Ivanov.

"The people who will enter a government cannot be just mailboxes or performers," he told on tv in a commentary on the statement of the deputy chairman of "There is such a people" Toshko Yordanov.

"The whole speech of Toshko Yordanov in the parliament was applauded by GERB and MRF. I do not remember when I spoke in parliament, they applauded me."

There was a discrepancy between statements and realities, Ivanov commented on the statement of Yordanov.

"We have a consistent position on what the conditions should look like in order to be able to support new government - we want a clear commitment to reforms at the highest leadership level - preferably in the form of an agreement, we want a clear commitment to how to structures a permanent majority in parliament so that it by definition excludes the possibility of GERB and MRF influencing parliament, " Ivanov said.

He stressed that the only important thing for "Democratic Bulgaria" is to have conditions under which it can give support to a possible government.

The co-chair of Democratic Bulgaria stressed that he would not allow the parliamentary group to be pushed against the wall to vote for any ministers in the government .

"It is one thing to give up requests on the personalities of the future minsters. It is completely different thing not to care who these people are. Let no one think that we will allow ourselves to be pressed against the wall and vote for any cat."

"This is increasingly making me doubtful whether it is not a way for someone with 65 MPs in...