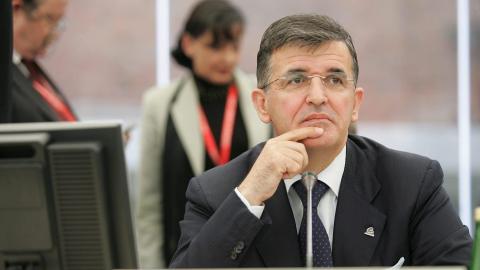 President of Serbia and Montenegro Svetozar Marovic at a Council of Europe session. Photo: EPA/BARTLOMIEJ ZBOROWSKI POLAND OUT

The former president of the now-defunct State Union of Serbia and Montenegro, and once a close associate to Montenegro's President, Milo Djukanovic, has hidden from justice in Serbia since 2016, avoiding serving a prison sentence at the home of three years and nine months for corruption.

"For justice and the fight against organised crime, it would be good for Serbia to extradite Marovic. Every form of protection, and the fact that he feels comfortable in another country, devalues ​​the state authorities of Montenegro," Abazovic told Serbian television Nova.

"In the meantime, the deadline in which he could be in prison is expiring. Now everything has taken on a new dimension," added Abazovic.

Marovic was president of the State Union of Serbia and Montenegro from 2003 to 2006, before the latter regained its independence following a referendum.

On July 26, the Kotor Basic Court said that the one-year jail sentence handed to Marovic as a substitute for the unpaid million-euros fine expired on June 28.

Marovic's remaining prison sentence of three years and nine months still stands. But the court added that the statute of limitations for this part of the sentence expires on October 10, 2026.

His son, Milos, also pleaded guilty to involvement in an illegal land sale in a village near Budva that prosecutors said cost the municipality 1.4 million...