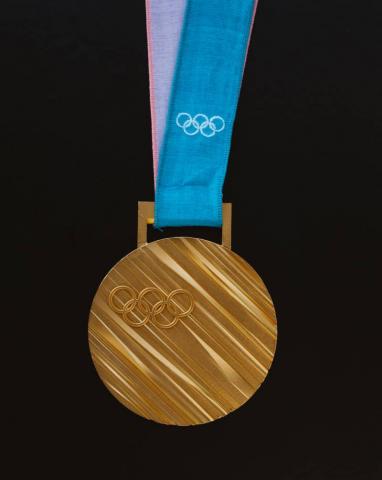 Tokyo – Shooter Franček Gorazd Tiršek won bronze in the men’s 10m air rifle prone event at the Tokyo Paralympics on Wednesday in what is the second medal for him and Slovenia at the ongoing games.

Tiršek won silver in the air rifle standing competition on Monday, having already won medals of the same colour in this discipline at the two previous Paralympics. He now has four Paralympic medal under his belt.

In today’s prone event, the Slovenian shooter squeezed into the finals as the 8th after beating the ninth placed rival by barely 0.2 points in the final qualifying series.

He was stepping up his performance in the finals to beat South Korea’s Jiseok Lee by two shots in the decisive battle for bronze.

However, the deficit separating him from silver was too big. Ukraine’s Vasyl Kovalchuk stayed ahead, but had to concede to Serbia’s Dragan Ristić in the battle for gold.

“Today’s event was a ‘killer’ again, you had to be unrelenting […] I made it into the finals only with the last shot, which was a surprise, but it was enough so I could focus on the finals,” Tiršek commented after the medal was already safe around his neck.

He described his first shooting in the finals as “catastrophic”, but said his experience and skill allowed him to get into shape.

“When you feel water down your throat, you have to shoot by force. It’s usually not good, but I had to adapt. I did it excellently, I made it to podium from an impossible, totally lost situation. Even though bronze, this medal is gold to me,” said Tiršek.

His latest medal is the ninth for Slovenian shooters since the Atlanta 1996 Olympics as they picked a medal at every Games since, and two each at the most recent Games in Rio and Tokyo.

It is the 51st medal for Slovenian Paralympians, counting appearances both for independent Slovenia and for the former Yugoslavia.

Tiršek will feature in another event in Tokyo. As the last Slovenian Paralympian he will compete in Saturday’s small-rifle event.