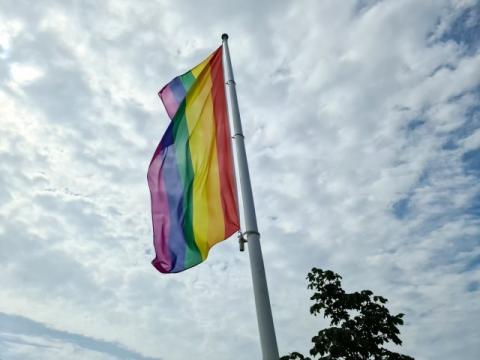 According to "Blic" reporters from the scene, there are a large number of people on the streets who headed to the Park Manège, where the central event is taking place, while a large number of police forces are on the streets, providing security and movement in downtown area.
The plateau around the Assembly of Serbia has been closed, as well as the approaches to Terazije, where the Gendarmerie is present at every step.
A large number of police officers are also around the Church of St. Mark, as well as ambulances.
The streets of Gavrilo Princip, Balkanska, Admirala Geprata, Kneza Milosa were also closed, but as the "Blic" reporter reports, a procession of about thirty people passed there, and a traffic collapse occurred.
The problem was encountered by those who tried to get to their homes shortly after 4 pm, they encountered serious problems because they find it difficult to get to the buildings.
This year's Pride is held under the slogan "Love is the Law", and the main goal is to point out the key request related to the adoption of the law on same-sex unions.
After the gathering, they will start a walk from Manje Park, Kralja Milana Street, Nikola Pai Square, next to the Assembly of Serbia, Kneza Miloa and Nemanjina Street, ending up in Manje Park in the evening.

Participants started gathering for today's #Pride parade in Belgrade. The slogan of this years parade is: Love is the law [Ljubav je zakon].
Ahead of the event, police started securing the surrounding area.
Background: https://t.co/ISMhqbFlu9 pic.twitter.com/OeUpNhI3dO

According to the organizers, each participant of the Belgrade Pride 2021 must...